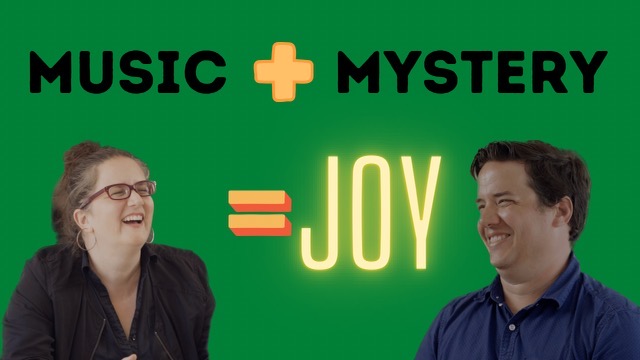 “About five years ago, I discovered the universe of Three Pines,” reflects Cervini. “I was literally captivated by Louise Penny’s incredible stories and characters, by her storytelling talent, by the kindness and joy that emanates from her books. I immediately wanted to compose music inspired by the series.”

Finding Joy follows Cervini and his sister, Amy – who first introduced him to the novels, and also acts as co-producer and vocalist on the album – as they visit Knowlton, QC, the Canadian city that inspired Louise Penny’s world of Three Pines. As they explore the iconic locales that appear throughout Gamache series, the siblings discuss their love of and connection to the books, while diving in to how the imagery, themes, and characters would go on to inspire Cervini’s new music – which perfectly soundtracks the film’s visuals.

“With this documentary, we wanted to further explore the world of Louise Penny and Three Pines,” Cervini continues. “It seemed like a wonderful opportunity to travel to Knowlton (the town that inspired Three Pines) to check out all of the landmarks and explore the area.  It was also a lovely chance to chat with my sister, and co-producer, Amy Cervini, about our childhood, growing into performing musicians and how we’ve been moved and inspired by Penny’s books.”